A guide to EQ, volume automation, distortion, reverb and creative effects for guitars to fit them perfectly in the mix every time

This article is designed to introduce you to the basics of mixing guitars and provide guidelines that should help eliminate “producers’ block” — giving you the tools to place guitars appropriately in any mix and know what to listen for. There are also a few production / editing techniques thrown in since they go hand in hand. Also check out our companion article, How to Mix a Beat, because the mixing process for percussion and electronic kits is quite different than the process for guitars.

The role of guitars in a mix

Guitars are primarily a chordal instrument, providing harmonic support to the melody, bass and beat. Sometimes you’ll want them to be upfront and aggressive, and other times it’s better to let them sit back and fill in a little space in the mix to tie everything together. Ultimately your mixing decisions should reflect this: add anything to the guitars that helps them fulfill this role, and / or subtract it from other instruments. The rest of this article explains how to do just that.

Important note: the guide below assumes we’re talking about chordal guitars — solo or lead lines generally require a different approach. In that case you can be far more aggressive with your effects, and nearly everything you do will be to help the lead guitar stand out and shine. Try out the same recommendations on the lead guitar if you have one, but be more extreme and play around to find out exactly what sounds best to you!

Usually you’ll want to have at least two guitar tracks to work with, one in each speaker. The timbres are typically similar, with slight variations. This is generally a good practice, because drastically different timbres could be distracting for the listener (i.e. you probably don’t want a clean acoustic sound in the left ear and a heavy fuzz box in the right — but feel free to give it a try!). However, you may not want to stop at two — or you could even duplicate the guitars and give them each a separate set of effects to give the impression of a larger ensemble.

The challenge when you layer anything is that there’s more to manage in the mix — and you have to make decisions about what to cut and spend more time getting everything to glue together. A general rule of thumb is that you want to accomplish something slightly different with each guitar track — one could be bright and clear, another super distorted, yet another warm and supportive, and they blend nicely together to a cohesive sound. You do this through effects like saturation, EQ, compression, and reverb, and it often helps to add in some volume automation as well.

How to EQ guitars

Usually, the first thing you want to do with guitars is add a high pass filter to cut out any low frequency information. Guitar lows just muddy your mix, and it’s better to leave the low foundation to the bass. Highs are a bit more fickle — sometimes you’ll want to bring out the ‘air’ in the upper frequency range, but it can also get in the way of cymbals, the snare, synths, and piano among other things. The frequency range that you want to preserve is roughly 3 to 7 kHz — it helps that a lot of sounds have unpleasant quality in this range, so you can cut a bit from those and slightly boost the same range in the guitars.

Guitars tend to be thick in the low mid to mid range (250 to 500 Hz), so you may want to cut a bit here. But if your mix heavily features guitars and nothing else is taking up that frequency range, feel free to leave it as is (or even boost it). If you have space in the mix, boosting this area (and adding a bit of saturation) can make your guitars sound bigger. The most important thing you can do is to listen to what else is going on in the mix and decide what parts of the guitar you want to hear — and then boost those frequencies in the guitar and / or cut them a bit in other instruments.

If you want to see the mixing process for guitars in action, here’s a great video from Neural DSP that goes into the fine detail:

Audio track volume can be manipulated both to clean up your guitar tracks and to add some creative flair. Primarily, you’ll want to change the volume levels slightly between different sections of a song — it’s unlikely the same volume balance with the rest of the ensemble will work the entire time. And sometimes you should feature the guitars more, whereas other times it’s better to let them sit in the background and serve a supportive role. You can also ‘ride’ the volume automation, making slight changes up and down in a single bar to smooth out volume spikes and accent specific notes.

Distorted guitars have a tendency to ‘bleed’ — even when the guitarist isn’t playing a note, you can hear a hum that muddies up the mix without contributing anything positive. If there’s a long pause where the guitar isn’t playing, reduce the volume here to zero and you’ll save yourself a lot of mixing headaches.

Volume automation can also be used as an effect — this is especially popular in certain subgenres of metal. Suddenly ‘killing’ the volume in between notes makes it sound like the guitar chords are being choked, cleaning up the mix and while also deliberately jarring the listener. If you time it carefully, you can actually cut out the guitar volume in time with the beat and create dead space between notes. This keeps everything super tight and adds more variety between different sections of the song, assuming you don’t overuse it!

You have to be very careful with adding reverb to guitars — they almost always need a little bit, but if the reverb is too large or thick, you’ll end up cluttering the mix. The answer is typically a short, tight reverb at a low wet level, making it barely audible — but when you try taking it away, something immediately feels off. That’s when you know you’ve gotten the level just right. Continually test with and without reverb and tweak it to a level you’re happy with — it takes time to develop an ear for this process, but if you practice it regularly your production skills will grow dramatically.

Slapback delays often work very well with guitars too — this is when you add a very short delay with zero feedback (there’s only one ‘tap’ or occurrence of the delay), with gentle low pass and high pass filters applied. If you time it right, it should sound like the guitar is being played in a room with very simple acoustics. Slapback doesn’t always fit, but when it does, it’s much easier to tame than reverb and has a similar effect.

Distortion and electric guitar go hand in hand. Unless you’re going for a classic, ultra clean sound, you’ll probably want to add some. There are numerous plugins that simulate different distortion pedals, and Musician on a Mission has a great list of options in their article here, with quick explanations how to get the most out of them. Extreme distortion modules are typically called overdrive.

Acoustic guitars are an entirely different animal — if you go even just a little too heavy on distortion, they won’t sound ‘acoustic’ anymore, and they won’t sound like an electric guitar either. Saturation is a more viable approach to adding color to acoustic guitars — similar to distortion, but is much milder and more pleasant. Many producers refer to saturation as adding ‘warmth,’ a gentle distortion that gives an instrument more dimension and presence. These are all subjective terms, but they’ll make more sense the more you practice mixing. Waves has a great article on the differences between saturation, distortion and overdrive here.

If you don’t have access to a good guitarist, try Virtual Guitarists AMBER (for acoustic guitar tracks) and IRON (for rock) — they contain libraries of chords and rhythms that you can easily switch between, closely mimicking a live performer. They also eliminate the hassle of patch cords, multiple takes, and file sharing so that you can produce songs faster even if you do have the ability to record a guitar … but just want to get the job done more efficiently. Check the ultimate guitar VST plug-in guide for 2021 if you’re looking for other options.

Reference the tips in this article whenever you feel stuck in your guitar production and aren’t sure how to make them shine while still getting them to fit into the mix. Guitars present a unique set of challenges, but they also fill a role that no other instrument can. When you give them the proper space and are willing to make a couple sacrifices elsewhere in the mix, they can add incredible dimension to a song — and now that you have these techniques in your arsenal, you can experiment with adding guitars in settings you never normally would! 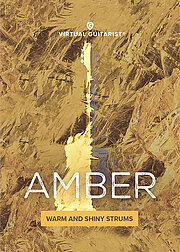