A guide to creating neo soul drum grooves dripping with soul and personality every single time, with as much realism and polish as possible.

What neo soul drums have in common

Before anything else, you want to listen to a lot of neo soul — to give you the most efficient education possible, we prepared a playlist specifically to get you into the right flow to produce the best possible neo soul. Pay particular attention to the way the drum grooves are constructed, and the subtle changes that they go through across multiple measures. If you listen closely, you’ll notice that the drums rarely repeat exactly the same rhythm, and that’s part of what keeps things so fresh.

Nearly every song on this list probably had live recorded drums, so you’re starting from a disadvantage when sequencing them from MIDI. One way to mitigate that is to make little timing and velocity tweaks to the rhythm, especially in the swung rhythm. It takes time to do this, but it will get you much closer to the sound of a real drum kit. We just released Virtual Drummer DEEP to help you nail your neo soul drums, and we’ll reference it throughout this article in some of the areas where we think it will help, particularly for helping you to master the rhythm and production styles unique to neo soul. DEEP has a 30 day free trial, and it’s a great tool to practice writing drum grooves (plus it’s faster and more flexible than loops or conventional sample libraries).

There are too many styles of drum groove in neo soul to count, but in nearly all of them the snare hits on beats 2 and 4, using either a standard center head strike or cross stick (both are very common). The kick, however, varies wildly from song to song, including: on beats 1 and 3; on beat 1 only; on beat 1; the ‘and’ of 2 and the ‘and’ of 3; never on the beat, but sometimes on the ‘and’; and the list goes on. The placement of the kick is simply something you have to experiment with. Start by placing the snare hits on beats 2 and 4 and the kick on beat 1, and then drag extra kick notes around on the piano roll in your DAW until you find something that clicks for you.

Several DAWs offer the ability to quantize your drum pattern to a specific groove (like in Ableton Live’s “Groove Pool”), and this can help you try on different styles of swing and very subtle note offsets without making tons of edits in the piano roll. However, if you want more control and don’t mind making manual changes, you can go through this process by hand. Highlight several kick notes at once and drag them slightly early or late, listen to the result, adjust the timing, and listen again.

Neo soul has a very organic feel to it, so if everything’s aligned perfectly to the grid it will sound mechanical. This is true of any genre that’s usually performed live, but neo soul especially relies on your ability to give things a human touch. If you want a little shortcut, try pulling up one of the Style loops in DEEP and listen carefully to the rhythm that’s produced. Take a peek at the exact timing by using its MIDI Drag & Drop feature to bring the loop into your DAW session, and you can push each drum hit earlier or later to see what effect that has on the rhythm — this is one of the best ways to master the subtle swing rhythm that gives neo soul its laid back feel.

Part of neo soul’s intimate feel comes from the lack of drum reverb — the drums feel super close because they often aren’t set in a room. (Note: the other instruments often have a lot of reverb, and this disparity creates a really cool effect!) When making drums extra dry, you may want to use a gentle gate to roll off the tail of the drum hits and keep the separation you want.

For some songs, you may want a retro sound, and to do that you’ll probably need to roll off the high end a bit with a high shelf EQ or a low pass filter. Music from several decades ago didn’t have as much high frequency content as modern music, and mastering this distinction will give you far more control over your mixes. Sometimes you’ll want some extra crispness between 2 to 5 kHz — when you’re trying to emulate an older sound, this harshness is a bit more authentic. Other times you’ll want that ultra polished contemporary feel to your drums, in which case you’ll want to boost the high frequency range and possibly carve out the middle of the frequency range a bit.

Also, no neo soul drum kit is complete without adding a bit of saturation (or a lot)! If possible, EQ and reverb should be applied separately to each piece of the drum kit (kick, snare, hi hat, etc.), but saturation is usually best applied to the entire kit at once. This gives you a nice throbbing effect perfectly timed to the rhythm, and with the right plugin, it can really bring your entire drum mix to life. In DEEP, try pulling up the Peck It Up preset and boosting the saturation on the master channel to max — that’s when things get extra funky.

Compression techniques for consistency and punch

Punch in almost every genre comes largely from adding compression. If you want to see a detailed guide on the basics of compressors, check out this article from Production Advice.

Compression is typically used for consistency (when the audio levels are all over the place and you want to get them under control) and punch (when you want to emphasize the natural curve of the audio and make it jump out at the listener).

For consistency, you want to smack down the transients and even out the groove, you want a fast attack and release. The fast attack takes emphasis away from the transient (the initial snap at the beginning of each drum hit), while the short release reduces the length of the valleys level, pulling the audio closer to a consistent volume level. The main concern here is that the shorter the attack and release both get on the compressor, the more likely you are to get unwanted tremolo / shaking and distortion. Try overdoing it at first and then backing off a bit and you should be able to get pretty close to the sound you’re looking for.

To add punch, the attack needs to be long enough to let the entire transient through, but if it’s too long the start time of the release will be messed up. The release should be shorter than the time between kick and snare hits in order to queue up the next hit for a nice punch, otherwise the attack will trigger late and the transient won’t be emphasized. In most cases, your aim should be to get it ‘close enough,’ not perfect; that way, you can move on and get more practice (and in the majority of cases, ‘close enough’ is perfectly serviceable).

Adding hi-hats into the mix

Other than the kick and snare, you’ll probably want to add hi hats to your core beat. Be prepared to experiment a lot with the timing of the hi hat hits — and especially play with different styles of swing (it probably won’t sound right if you use perfect triplet timings on the swing). This gets a lot more fun when you add in just the right amount of open hi hats here and there for variety (Want You by Shay Lia and Kojey Radical is a great example of this).

Unlike with rock, metal and certain varieties of EDM, the toms don’t get as much love in neo soul; you can chalk most of this up to the fact that neo soul drums are so crisp and controlled, and other than isolated fills, toms tend to have a lot of ring. That said, if you think neo soul could use more toms, add in fills liberally! Just make sure you keep the flow going and preserve the ultra laid back feel that neo soul captures so well.

Neo soul drums are easy to produce if you’re only looking at things mechanically — there aren’t a ton of technical challenges, and there usually aren’t many instruments to incorporate into the mix at any one time. But it’s deceptive — because it’s not a complicated process, every little detail stands out even more. The rhythm has to be just right. The saturation has to be dialed in. If you make the arrangement too busy, it’s easy to ruin the laid back feel.

But when you focus your attention on the details that matter, neo soul can be one of the most rewarding genres to produce, because it feels so alive. The root of that organic quality lies in the drums — a unique blend of R&B, hip hop, soul, and dozens of other pop culture influences from the 1990s. Make sure to check out our article on the history and style of neo soul and see where the journey takes you! 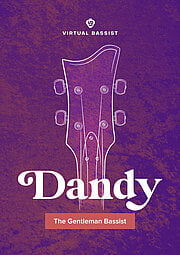