A guide to mastering Usynth, cutting down your time spent on sound design, and simplifying the complex design of most softsynths

By the end of this article you can start learning Synthesizers the UJAM Way with our new Plug-in Series Usynth. Take a look at Euphoria, Caramel and 2080.

1. Usynth vs. other synths

In this article we’ll cover exactly how Usynth is laid out and give a peek under the hood so you can create more freely and experiment with sounds you never knew were possible (while still keeping things much less technical than you’ll find with any synths you’re used to). First, let’s highlight a few differences between Usynth and software synths you’re likely used to.

Number 1: Usynth has no alternate views or hidden menus anywhere — what you see on the surface is everything you have at your disposal! Don’t let this fool you, though ... you have tons of creative potential and control, since most knobs affect multiple parameters at once under the hood. We’ll go into the specifics of this in a bit, but for now it’s enough to understand the controls in Usynth often have multiple simultaneous purposes, allowing you to create dramatic changes to your sounds with less knob turning and forethought.

If you want to get up to speed on how the majority of synthesizers on the market work, check out our Guide to Learning any Software Synth Quickly — there you’ll discover how to get what you’re looking for out of most synth plugins in your arsenal, even if you’ve found them confusing or overwhelming up until now. Usynth works very differently in that you don’t need to understand the construction of conventional synths to use it, and we’re about to dive into exactly how to make the most out of nearly every knob and button on its UI!

There are multiple oscillators under Usynth’s hood, but you won’t see individual controls for each of them. It’s helpful to know the sound of sawtooth waves, different collision setups for physical models and wavetable edits ... but these have already been tweaked by our sound designers behind the scenes and packaged into the presets you see in the Synthesizer section (dead center in the UI) such as Bellplayer, Evil One and Crystal Pipes. Every single one of these would be very difficult to achieve with other synths, as they contain multiple different types of synthesis, hundreds of modulation possibilities and require adjusting dozens of parameters to get any of the presets you have available to you in Usynth. Now, let’s break down the controls you have in front of you:

One of the primary knobs you’ll see is the Dark/Bright control — depending on the preset, this could be as simple as a low pass filter with variable resonance. However, many of the presets have additional parameters mapped to this knob under the hood, like waveform crossfades, wavetable positions, EQs and other subtle modulation types that create a rich sound when controlled in tandem.

Next to it, you’ll see the Fast/Slow knob, which does far more than a standard volume envelope control. Presets have different depths and ranges for attack, hold, decay, sustain and release that fit naturally with the sound you’re creating. Sometimes Slow means a very gradual fade-in, and in other cases it only controls the length of the note release. Every combination of sounds under the hood has optimal ranges, and they’ve been carefully selected so you can sculpt your sounds as efficiently as possible!

Right below this are 3 of what we’ve dubbed “software” knobs (versus the Dark/Bright ad Fast/Slow “hardware” knobs) as their function varies completely with the selected preset. Here you can find everything from crossfading between different oscillators to dramatic effects added before the Finisher stage — these allow you to extend the possibilities found in each of the presets and instantly achieve more sonic possibilities with little extra effort.

If you’ve explored UJAM’s Finishers before, you might recognize this section as a creative multi-effect to add any “finishing touches” you like to the instrument. However, its capabilities extend far beyond any of the other virtual instruments we’ve released until now, instead functioning as a fully featured audio effect plugin in its own right. The Usynth finisher section gives you a wide range of opportunities to completely transform the sound of everything you run through it.

You’ll find distortion, saturation, bitcrushing, filtering, flanging, chorusing, phasing, reverb and much more — along with many different combinations of the above you might never think to apply all at once! Each preset has 4 vari knobs that adapt based on the preset you select. All presets are arranged into three categories: Single (one effect with four controls), Dual (two effects with two controls each) and Quad (four effects with one control each). This way, you can choose between having a wide range of effects and having extremely fine control over just one at a time.

On most other synths, this is where you would find the “effects” section with standard compressors, distortion, etc. (you can discover more about various effects in detail in our article, The Ultimate to Audio Effects). However, with Usynth the focus is on enabling you to  punch up and expand your sounds with as little time and effort as possible while still giving you control over the most important parameters of each effect within the scope of countless different effects operating behind the scenes. In moments, you can create sounds that previously would have taken multiple different effect units and lots of tweaking to shape until the final sound comes into focus.

Whether you’re looking for a step sequencer, arpeggiator or polyphonic phrase generator, the Sequencer section is perfect for playing a single note and allowing Usynth to fill in the rest for you. If you need a countermelody, arpeggio or any sort of melodic backing, the Sequencer will quickly fill in what you need with little effort required. This is also perfect for basslines and leads if you ever need to quickly whip something up (note that these patterns change with the Title you’re using, such as 2080, Euphoria or Caramel).

Like with most things, Usynth does this a bit differently than other synths — most plugins give you some level of free reign over which notes to use and in what exact rhythm, but Usynth is designed in such a way that you can simply turn on the sequencer and immediately hear a rhythmic and melodic pattern you can use without much further thought. What it doesn’t offer in control, you get back tenfold in saved time and effort puzzling over the perfect balance of all these different pre-configured elements.

You’ll see 4 categories in this section: Arpeggios (looped melodic figures derived from chords), Chords (simply plays the chord you hold), Phrases (single notes become rhythmic chords) and Rhythms (injects a rhythm into everything you play). You can match adjustments to these via the “software” knobs below — they appear similar to the Synthesizer knobs of the same name, except these remain consistent across all synthesizer presets. In this section, you’ll find individual control over Note Length, Swing (or shuffle), Octaves and Pattern Length, which you can use to adjust the patterns to your liking within the context of any song.

By this point, you likely have a clear idea of the difference in philosophy of Usynth compared with other synth plugins on the market. Whereas you’ll find many options focused on maximizing creative flexibility with tons of different hidden settings, Usynth is the exact opposite: here you’ll find that most of the heavy lifting has already been done by the scenes so that you can simply access a convenient starting point, tweak a few settings and be off to the races.

If you find software synths difficult to pull apart or you simply value speed over absolute control, Usynth is the best tool to free up the bottleneck in your production process, hands-down. We believe that more options and flexibility aren’t always the best move — often the best option is whatever makes your life simplest while delivering the end result you’re looking for!

It’s helpful to understand the routing and flow of other synthesizers since they’ll give you a deeper understanding of the possibilities contained within Usynth (or any synth, for that matter), but this isn’t essential to achieving the sound you wish with Usynth. However, a word of warning: because Usynth is so heavily focused around ease of use, it’s almost impossible to design synth patches so quickly on pretty much any typical synthesizer you’ll find! If you’ve been looking for a synth where you no longer have to understand every last control to create professional sounds, Usynth is here to help. 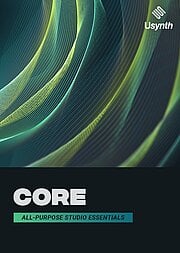 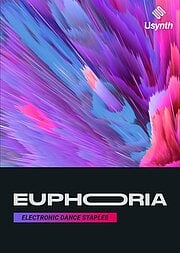 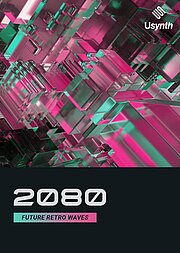 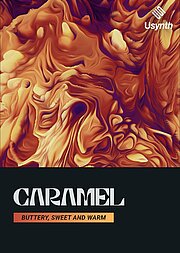 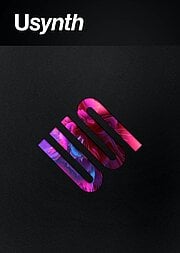