A quick but detailed guide to the niche genre inspiring today’s most popular artists, and how to add it to your own productions.

It has a unique position in the lineage of popular music–more laid back, but conveying a soft intensity. Inspired by soul roots, but weaving effortlessly between a wide range of other genres. And for all its unique beauty, neo soul disappeared almost as suddenly as it began–until some of today’s boldest artists gave it a timely renaissance. This guide covers the following topics:

Origins and History of Neo Soul

The phrase ‘neo soul’ was originally coined by Kedar Massenburg in the 1990s to describe a particular style that was born out of soul and R&B. Far more eclectic in its influences, neo soul fused its soul roots with funk, jazz, fusion, hip hop, pop, and African music.

It found its way into the mainstream through albums like Brown Sugar, Baduizm, and Urban Hang Suite. Incredible artists like D’Angelo, Erykah Badu, Lauryn Hill, and Maxwell made this new style incredibly popular in a very short span of time, and listeners accepted it with enthusiasm.

Several years after its initial wave of popularity, the same artists that made neo soul so popular began distancing themselves from it. Citing their sudden fame and a desire to continue to push musical boundaries, their music began to stray further from its roots and these artists began to vanish from the mainstream–and neo soul rapidly declined in popularity. By the middle of the first decade of the 2000s, the genre had all but vanished.

But as we crossed into the 2010s, the continuing increase in musical diversity led artists like John Legend, Amy Winehouse and Raheem DeVaughn to revive some of neo soul’s roots in contemporary music (listen to a bit of this Spotify playlist, and you’ll get a good feel for modern neo soul). While the genre is no longer in the zeitgeist of popular music, its influences are increasing in number every day.

The Defining Sound of Neo Soul

Part of the smoothness of neo soul comes from carefully-crafted bass lines. To achieve the silky tones of neo soul bass, the Höfner Violin Bass is a favorite among bass players. Originally designed to help upright bassists transition to electric bass guitars, this hybrid instrument features a violin-shaped body and a long, thin neck. While the physical construction of the instrument is unique, what’s perhaps more notable is the sound–the violin bass is at its best when strung with flatwound strings, a particular style that naturally rolls off higher frequencies and rounds out the lows and mids. Which makes this perfect for neo soul…because we get all the smoothness and thump of an electric bass guitar, without the high-frequency crunch favored in heavier genres.

If you want to add this unique bass color to your own productions–especially if you’re writing neo soul–you’ll want to try out UJAM’s new Virtual Bassist Dandy. It will lend your productions that gentlemanly, polished sound of flatwound strings over a violin body…perfect if you need a sampled bass guitar plugin pre-loaded with carefully tailored soul phrases to get you started even faster.

How to Produce Neo Soul

In general, when you’re unsure where to start producing, the drum beat is a good bet–because you can create free from melody, harmony, and progressions for just long enough to get ideas flowing. At first this might seem like a lot to keep track of, but once you play with each element enough you’ll start to get a feel for the rhythm. For neo soul specifically, try using Virtual Drummer DEEP–use lots of cross-stick snare hits, straight-eighth hi hats, and swung kick drum rhythms. An excellent preset to get you started is Neosoul Mate, set to the Aged Mix preset and the Punch drum kit–together they form a powerful combo that’s both laid-back and ultra-punchy! (Try it at 90bpm to start)

Unlike in many other groove-centric genres, you’ll want to give the bass a lot of room to breathe. Use the bass to punctuate key moments in the beat, but it’s not uncommon for the bass to come in only briefly and disappear for an entire measure. The time between bass appearances isn’t simply ‘empty space’–it’s deliberate, relaxed, and carefully measured. The negative space created by sparser drum beats and less bass activity gives this genre a very laid-back feel, but make no mistake–when done well, it’s almost impossible not to get sucked into the groove. As a little helper, check out this video on common neo soul chord progressions.

This presents a very interesting puzzle when mixing. Producers generally work with many, many tracks in a single session, and mixing generally involves making strategic sacrifices for the good of the song as a whole. Mixing your neo soul productions will likely be the opposite experience–you’re working with a drum kit, bass, electric piano and/or guitar, vocals, and some light synth pads way in the background. You might find it incredibly difficult to fill the space! But therein lies the fun: you can be a lot more creative with audio effects, since you have more room to work with in the mix. The majority of your time may very well disappear into subtle settings tweaks until you get just the right balance of punch, meat, and smoothness. 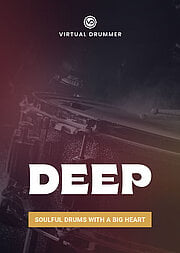 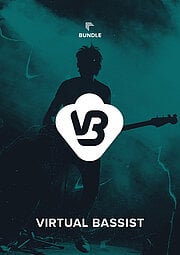