German-American plug-in maker UJAM announce the release of SPARKLE 2: Following their first major update of the Virtual Guitarist engine in September 2021 (see IRON 2 for more information), comes this plug-in with the same technical and musical foundation under the hood that enables musicians, producers and composers to do things that weren’t possible in the previous series. This update includes features like MIDI Drag & Drop of phrases and Instrument Mode, for composing custom riffs, and pre-/post-amp effects. Also the entire sound content has been newly recorded and amp models overhauled to extend SPARKLE’s genre spectrum towards Nile Rodgers-esque funk licks to driving and distorted indie sounds à la The Killers.

SPARKLE 2 is based on a customized vintage guitar utilizing its single-coil pickups to get that legendary and timeless bell-like sound. Just like its celebrated physical counterparts, SPARKLE 2 is a versatile instrument, with 30 different styles containing over 350 phrases for instant gratification when composing.

SPARKLE 2 is now available at ujam.com for download in VST3, VST2, AU 2, and AAX formats for any compatible DAW, including Logic, Garageband, Cubase, Ableton Live, Pro Tools, FL Studio and Studio One and as a free, fully functional 30-day trial. And it is the first natively Apple Silicon compatible plug-in of the Virtual Guitarist series. 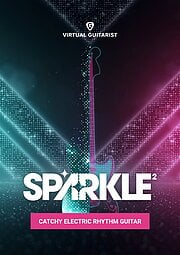 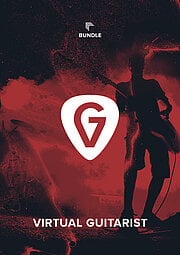