How to write, produce and mix indie rock — even if you don’t have access to any live musicians

A brief history of indie rock

Indie rock has a reputation for being a vague genre, and with good reason —it originally referred to rock music not released through major record labels. By that definition, all rock played over college radio stations and released on a small scale fit the bill. But the effect of the shift toward smaller labels was pronounced: a cult following built around bands that didn’t have the backing to make it onto the radio (to this day, it almost feels like an accident when an indie rock song makes it onto mainstream radio).

As with any genre, it’s tough to trace indie rock’s origins to a single defining moment — but one of the more accepted events was the release of R.E.M.’s debut EP, Chronic Town. A lot of listeners loved this new style, and demand grew for less polished, non-trendy rock that gave a voice to their desire for something different.

Here’s perhaps the most important stylistic note: indie rock doesn’t try to become a hit. It’s not heavily edited or polished — it’s often pretty grungy and untamed. Nirvana’s Nevermind album (and its big hit song, Smells Like Teen Spirit) may not have fit the bill for rock of the current day, but it very much fit the gestalt of the time and became an emblem for youthful angst ... evidenced further by the fact that it knocked Michael Jackson’s Dangerous off the top of the charts.

One of the best ways to start is by getting the bassline right — you can use Virtual Bassist ROWDY 2 to kickstart the writing process and assemble a grooving bassline quickly. When in doubt, repeated eighth notes are great, especially when combined with a steady floor tom rhythm. Overall, you want to focus on providing the root note of every chord with the bass. Don’t get too wild or creative; having something simple and consistent is key to get listeners to stick with you through the entire song.

You can follow the same general principles for the drums: simple and consistent. There are a variety of rhythms you can employ, but as with many other genres, you’ll rarely go wrong with triggering the kick on 1 and 3, and the snare on 2 and 4. Go crazy with fills, too — especially with toms and cymbals. It’s much easier to leave this to a Virtual Drummer like HEAVY 2 handle these for you, and you can select which fills you want right from the style menu. HEAVY 2 is great for all types of rock, and it excels at creating hefty drum fills to spice up any beat. Each drum is fine-tuned for punch and dirt, both of which are essentials in indie rock.

What effects to use in indie rock

Indie rock is pretty grungy by nature, and any time you use a lot of distortion your mix basically goes in the trash at first. Your goal is to let the listener clearly hear the different instruments in all their angsty glory, which requires you to give everything some separation and room to breathe — so you’ve got some tidying up to do! There’s an important distinction to make here: a ‘grungy’ mix doesn’t mean an unfinished or muddy one; you want the individual instruments to sound dirty, but the end result should always be clean. Let’s dive into how to accomplish that.

Firstly, you want to make sure you have an ideal distribution of volume levels — make sure you get the punch of the drums, the chunking of the guitars, the low-end support of the bass, and you can clearly hear every word from the singer. Once you have that in place, reference the mix of an indie rock song you like and check that all the major instrument groups follow a similar balance.

Next, look to EQ and get your frequency distribution just right. In indie rock, your guitars should be present in the mids and upper mids; cut out the lows, tweak the low mids a bit, and roll off a bit of the high frequencies if you need to. Your guitars should have some crunchiness in the upper mids, which in general is the exact opposite of synths in EDM (where you often cut out the mids, dial down the upper mid harshness, and boost the high end). The vocals should rest smoothly across the frequency range; be prepared to EQ the guitars based on the vocals, because one of the priorities of mixing is to make the vocals clear. When in doubt, boost the 4kHz range a bit in the vocals and lower it in the other instruments (that’s where the shape of the words comes through). EQ out any ringing frequencies or unpleasantness in the drums. Lower any frequencies in the bass that obscure the other instruments, and focus its energy in the lows and low mids.

Take your time for the important task of adding compression to your mix: punch up the transients in the drums and make sure they cut through. On the vocals, use it to make sure you can clearly hear every word and to smooth out sudden dips in volume (singers often change their distance from the microphone when they really get into it — this is great for capturing their energy, but you need to help them sound like they’re right in front of the mic the entire time!). Same deal with the bass — bass guitars tend to fluctuate in volume, and generally you don’t have to worry about over-compressing them. They form the foundation of the entire frequency spectrum, so make sure they sound solid, even if it means sucking out a little life to do it (the rest of your mix will thank you). You’ll want to compress your guitars too: let the chord chunking through, but you can apply brutal levels of reduction to the rest. Just be sure to time the release so that it opens back up before the next chunk!

Indie rock is an incredibly diverse genre, tied together by a youthful, angsty vibe begging to be let loose. Be playful, and be sure not to get too trendy — remember, in a way this genre is a direct reaction to pop rock, so you’ll want to be a least a little rebellious when you’re writing and producing it! Keep your instrumentation small and tight, and don’t be afraid to add a healthy dose of distortion to ... well, everything.

Bear in mind that indie rock has a very specific sound — if you’re used to creating EDM or orchestral music, you’re going to need a new playbook. Refer back to the “Mixing indie rock” section and apply and practice it until everything sounds exactly the way you want it to. Most importantly, let your hair down and get your grunge on! 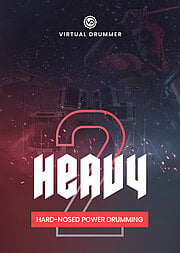 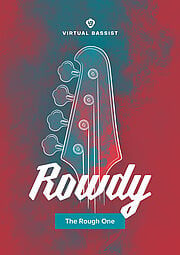 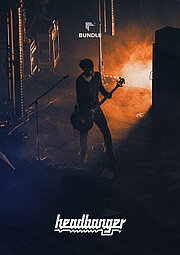