Digital file organization isn’t a riveting topic for most people, but ignoring it as a music producer will cause you hours of frustration unless you address it. You’ll be working with thousands of audio files, and if you ever want to find what you’re looking for in your library, your foldering had better be tidy and clear! The problem compounds if you’re a composer and even more so as a sound designer, since you’ll be dealing in versions and exporting a lot of audio! Let’s go through a quick overview of how to organize your plugins and sample packs for easy access.

In a nutshell, your file hierarchy is a 2D view of where everything is located. Your goal shouldn’t be to classify by every single detail — only add folders within folders when they make the searching process faster and easier. Beyond that, go with whatever structure makes the most sense for the way you work! There are innumerable ways to structure your foldering, but there are two in particular that will consistently keep things super simple.

First option: folder by manufacturer. Create one folder for UJAM, another for Native Instruments, another for Output, etc. If you like to use suites of plugins together, this is a great option — that way the plugins you need are always close together. You might reach for specific companies’ plugins for specific functions, whether you need something weird, clean, heavily distorted, etc.

Option two, which is more time consuming to set up but fantastic in the long term: group by effect type. If you have a finely tuned ear for subtle differences between plugins, this could be the way to go. With all your EQs in one place, compressors in another, distortions in another, etc., you can also develop your ear more quickly as you’ll naturally test out similar options and note the differences between each. As a sound designer this is particularly helpful for building effect chains quickly — they’re your lifeblood! This might seem subtle, but repeatedly comparing plugins over time can significantly increase your skills as a producer. You’ll know the nuances of different plugins and know exactly what to use to solve problems in your mixes and sound design with no extra time investment!

Sample packs are a bit more confusing to organize than plugins — you’re essentially forced to group them by manufacturer (the same way you buy them), but that puts you in a weird position: if you have snare or kick packs from different companies, should you group all the snares together, for example, or leave them exactly the way you found them?

With sample packs, the easiest solution is usually leaving them as is. Have a dedicated folder and drop each sample pack you get into the top level of the folder. Unfortunately, there isn’t really a more elegant system — you have hundreds of samples in a single pack, so there’s no point to reorganizing them. Instead, you’ll have to rely on your DAW’s built-in search function (just make sure it’s pointing to the correct folder, otherwise you’ll be confused as to why you’re finding nothing!). Purchased sample packs are typically good about this, so searching for ‘hi hat’ should always give you plenty of hi hat sample options, and so on.

To keep things a little neater, create a folder for each manufacturer if you have more than one or two packs from them. This will make it at least look a little tidier!

File and folder naming for sound designers and composers

If you create your own sounds from scratch, this becomes way more important — because now you’ll be naming your own files! The exact naming convention doesn’t matter, as long as you’re consistent and it gives you the most relevant information at a glance. Put the broadest classification first, then get increasingly specific. For example: Impacts, then Long, then LowFreq, Verby (for heavy reverb), then any number of odd details you want to add in no particular order (Squelchy, Angry, Grinding, etc.). Include any details you think will be relevant later. Aim to have the first three descriptors each get its own folder; in the above example, the top level folder would be ‘Impacts,’ the secondary becomes ‘Long,’ and ‘LowFreq’ is the lowest level. That should be a more than deep enough hierarchy to organize everything.

Don’t be afraid of long file names, either. Growl_Long_Gritty_Metallic_DistortedReverb_NoSub.wav might be an eyesore, but compare it with Growl_Long_01. Which is going to help you narrow down your options when you’re on a roll and the only thing holding you up is finding the right sample? That’s the power of descriptive names — as soon as you read the name, you already start to hear the sound inside your head! If you want to release sounds in your own sample pack or you’re delivering them for a video game project, many people may see the same sounds, and they should be able to find what they’re looking for as easily as you can!

When you’re saving sessions, be sure to make incremental copies — on rare occasions you’ll want to see an earlier version, and later you’ll be grateful that you did this! There are a number of possible approaches, but the critical parts are 1) keeping the base name consistent, 2) numbering each version, and 3) offering a brief description of what makes that particular version unique. For example: Stairway to Heaven v2 added new harmonies, Stairway to Heaven_1.3_recorded new bridge, etc. (some people prefer v1, v2, v3, etc., but others feel more comfortable with 1.1, 1.2, 2.1, etc., incrementing the first digit after a significant edit). The exact naming convention you use isn’t super important as long as you keep it consistent!

This is where it really pays to know your DAW well, and unfortunately each one is a bit different. There are roughly three main folders you need to know, depending on which DAW you use: plugins, samples (anything you export or download) and audio recordings (where your DAW stores temporary files created during recording and editing). This information will probably be in the DAW’s manual. If you need to find a specific file and you know its name, voidtools’ Everything is a fantastic application that can quickly find any file on your computer. If it’s in the wrong folder, you can quickly move it to the correct one. This can be life-saving if you work with tons of raw audio files ... there’s no bigger nightmare than a session full of blank audio clips!

Once you know where your DAW looks for files and where it places them, you can correct any issues and prevent them from happening again. Warning: When you’re sharing DAW sessions with a collaborator or moving them from one computer to another, don’t assume that all the files will go with it! You may have to select a menu option to gather all media files together, like Ableton Live’s Collect All and Save feature. If you can, avoid changing the default folder settings in your DAW if you plan on sharing files with other people, because their DAW might not know what to do with them!

There’s plenty more we could explore about file organization — but it’s one of those topics that most producers can only stand in short bursts. Almost all professional composers, music producers and sound designers have their own unique naming and foldering systems, because as your career grows, so does the number of files you need! Use this article as a reference guide whenever you have questions about organizing your plugins and sample packs, but don’t stress about the details too much. If your personal system minimizes the time you spend searching for files and troubleshooting errors, then it’s great! Although, there’s one last point to address:

When you come across a filing system you feel is better than what you’re currently using, don’t immediately rush to change — that could require renaming thousands of files! Instead, think about what you want to do moving forward and start building a second file structure for everything new you download and store it adjacent to the older system. In time, if you want to convert the old system into the new one then go ahead! If you do this carefully, it won’t be as disruptive as it might sound. Modify your system as you like, and do it in stages. In time, you’ll build something that provides easy access to everything you need — and you won’t have to ask yourself why your DAW ‘deleted’ your files! 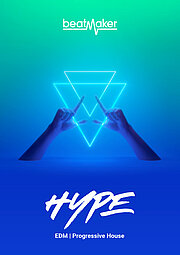 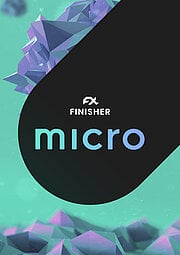 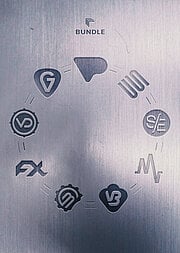